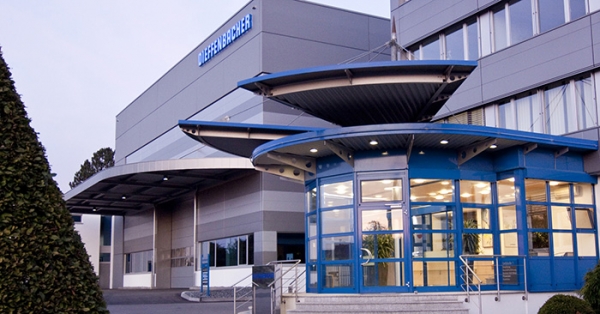 Egypt Kuwait Holding (EKH) subsidiary Nile Wood has ordered from DIEFFENBACHER a complete MDF plant with CPS+ continuous press for its greenfield site in Sadat City, Egypt. The order placed in September 2020 follows a development and engineering phase that began in late 2018.

EKH was established in 1997 by a consortium of Kuwaiti and Egyptian businesspeople and has since become one of the fastest growing companies in the Middle East and Africa with investments in 19 companies. Nile Wood is EKH’s first venture into the wood-based panels industry.

“We first contacted DIEFFENBACHER at Ligna 2017 in Hannover and started serious project discussions a few months later,” said Nile Wood CEO Walid El Hennawy. “We chose DIEFFENBACHER because we believed their experience and dedication could help us successfully enter the wood-based panels market. We’re relying on DIEFFENBACHER to provide us with a high-end MDF line that will set the standard for wood-based panel production in Africa.”

Nile Wood will use Sesbania wood from its own plantations as the raw material for its MDF line. Sesbania is a fast-growing plant that matures for harvesting within two years and is environmentally friendly due to its ability to fix nitrogen. The water for the plantations is processed from urban waste water.

The complete MDF plant for Nile Wood includes a CPS+ continuous press, a chipping line, dryer, air grader and gluing system, forming station and forming line, raw board handling and storage, and a sanding and sawing line. MDF production is scheduled to start by the end of 2021. Operating under full load, the line will reach an annual production capacity of 200,000 m³.

Nile Wood’s CPS+ will be the third in Africa. The 8 ft press has a length of 32.4 meters. The first CPS+ sold in Africa was to Panneaux d’Algerie in Algeria in 2019 for a new MDF plant. The second CPS+ is being built for Ghamoud’s new particleboard plant in Algeria.

Rate this item
(0 votes)
Tweet
More in this category: « Malaysia’s Response to COVID-19 and the State of its Timber Industry The Phase Of Slowbalisation-Timber Industry Needs To Advance And Emerge Stronger »
back to top