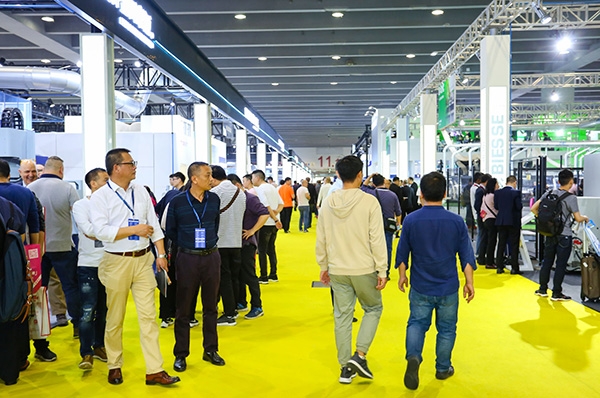 To the delight and relief of numerous companies that have been kept out of exhibiting at Asia’s largest and most comprehensive furniture production, woodworking machinery and interiors trade fair every year due to space crunch, show organizers have announced recently the expansion of exhibition space for the upcoming edition. 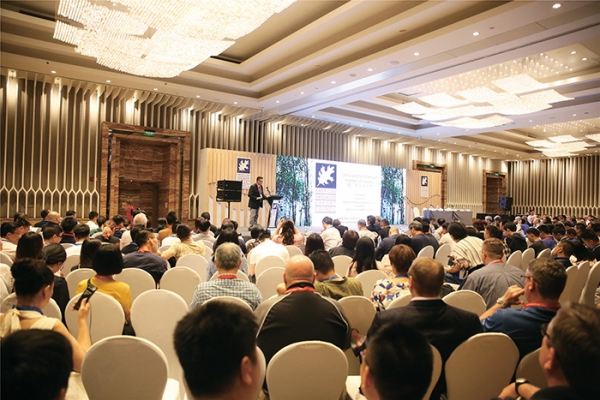 The American Hardwood Export Council (AHEC) 24th Southeast Asia and Greater China Convention was held at The Westin Ningbo Hotel from June 20 to 21, 2019.

The World Bank has announced that Ghana has become the third country to sign an agreement with the Bank that will reward community efforts to reduce carbon emissions from deforestation and forest degradation, reports from ITTO.

Ghana’s five-year Emission Reductions Payment Agreement (ERPA) with the Forest Carbon Partnership Facility’s (FCPF) Carbon Fund administered by the World Bank unlocks performance-based payments of up to US$50 million for carbon emission reductions from the forest and land use sectors.

Mozambique and the Democratic Republic of Congo have also signed ERPAs over the past ten months, with other Carbon Fund countries expected to sign similar agreements.

This programme will help to secure the future of Ghana’s forests while enhancing income and livelihood opportunities for farmers and forest-dependent communities, said Kwadwo Owusu Afriyie, Chief Executive of the Ghana Forestry Commission.

According to ITTO, some companies that use high value timbers from Cameroon have joined forces with the government, universities and forest communities in public-private partnership to ensure the survival of exotic timbers.

Madinter and Taylor Guitars co-own Yaounde-based Crelicam, an international supplier of Cameroon ebony. Crelicam, along with others is active in efforts to restore ebony in Cameroon.

Crelicam works with government agencies and forest communities in public-private partnerships to restore ebony stocks. The ebony project is part of Cameroon’s sustainable forestry initiative. Other companies supporting re-forestation of hardwood species in Cameroon include Plantecam, a pharmaceutical company.

Cameroon sawnwood exports do well in EU and US

The Cameroon media has quoted the Forestry Ministry as reporting 2018 revenues from the sector as CFA32 billion, more than double that in 2017.

The better than expected earnings were the result of firm demand in international markets, better recovery rates in local operations and the impact of the concession auction process. The official data shows Cameroon exported 1.143 million cubic metres of wood and almost 2,260 tonnes of non-wood forest products worth CFA2.33 billion. 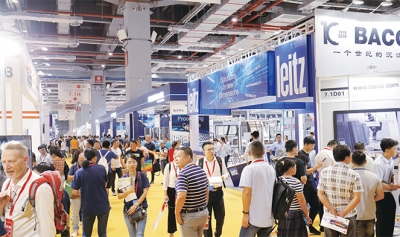 The outstanding success of the last exhibition boasted a record 37% increase in attendance. There is therefore great anticipation for the 44th edition of CIFF taking place at the National Exhibition & Convention Center in Shanghai Hongqiao from 8th to 11th September 2019 due to its extraordinary range of furnishing solutions.

CIFF Shanghai 2019 represents the entire furniture supply chain and therefore offers a full-scale event capable of attracting and engaging producers, buyers, retailers, designers and, of course, the media. Over 1500 exhibitors have been selected to represent the theme ‘A Paradigm for Global Living’. They will offer visitors new concepts for living and working while being surrounded by high quality products and new business opportunities.

The fair will be organized by China Trade Macalline Exhibition Co. Ltd., a company which was jointly founded by China Foreign Trade Guangzhou Exhibition General Corporation, main Asian trade fair organization that has always organized the fair, and by Red Star Macalline Group, undisputed leader for the distribution of furniture in China. These two companies have created a new organization model called ‘Exhibition and Store Alliance’ which is capable of offering extraordinary advantages both for exhibitions and for commerce.

Moreover, attracting thousands of foreign visitors every year, CIFF Shanghai demonstrates its strong international vocation and, thanks to these results, it provides a golden opportunity for Chinese export companies to showcase their products.

The objective of CIFF is to make foreign markets more aware of the quality and variety of Chinese design. This is the concept behind the four main exhibition areas where the fair is organized.

The Brazilian Coalition is a multi-sector movement composed of entities that lead agribusiness in Brazil, civil organizations in the area of environment and climate, representatives of academia, industry associations and leading companies in the areas of timber, steel, pulp and paper industry, among others.

The Brazilian Coalition´s representatives recently met with the SFB to discuss advancing the partnership.

Representatives of the Brazilian Coalition requested the SFB consider the possibility that Public forests without defined objectives be allocated for harvesting. In response the SFB explained that a pilot project already underway, citing the Castanho land plot in the state of Amazonas.

According to RTTNews, a report released by the Commerce Department on Tuesday showed new residential construction in the U.S. unexpectedly decreased in the month of May, although from an upwardly revised level.

The Commerce Department said housing starts slid by 0.9 percent to an annual rate of 1.269 million in May from an upwardly revised April estimate of 1.281 million.

Economists had expected housing starts to edge up to 1.239 million from the 1.235 million originally reported for April.

Meanwhile, the report said building permits rose by 0.3 percent to an annual rate of 1.294 million in May from a downwardly revised 1.290 million in the previous month.

Building permits, an indicator of future housing demand, had been expected to come in unchanged compared to the 1.296 million originally reported for April.

Compared to the same month a year ago, housing starts in May were down by 4.7 percent, while building permits were down by 0.5 percent.

According to FORDAQ, from January to April 2019, the construction of a total of 105,800 apartments was approved in Germany. As reported by the Federal Statistical Office (Destatis), this was 1.3% fewer building permits than in the same period of the previous year. The permits applied to new buildings as well as to construction works on existing buildings.

In the case of the new non-residential buildings, which were approved from January to April 2019, the area under construction fell by 7.8 million cubic meters compared to the same period of the previous year, to -10.9%.

The Biesse digital factory at LIGNA 2019: a winning alliance between man and robot

At LIGNA, Biesse is presenting the future of Industry 4.0: 6000 square metres where automation and interconnection become an even more effective spur and bring to life the Automaction concept - Biesse's constant innovative spirit.

Gabon Producers Frustrated As No Timber Export Shipments Since April