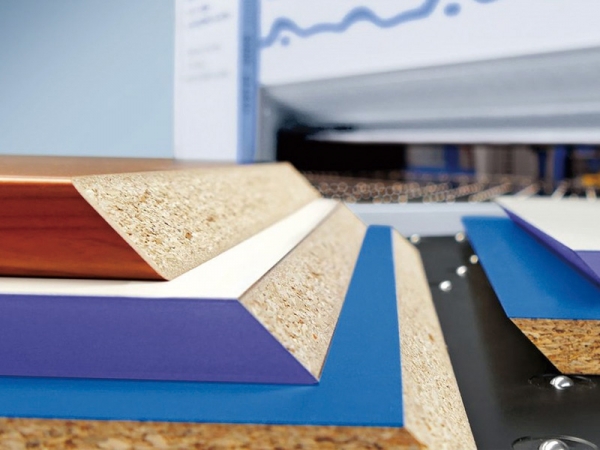 The advent of technology with its continuous improvisations seems to be a never ending quest for many a company which stands to endure the tests in competition by their counterparts from their relative industry. By Shiv Kumar Shet, consultant for Mishma Engineers and to Ferwood India

Machines are computerised and are highly compact, automated and designed to work with very little man power or sometimes without any. This makes the machine much more expensive in costs and far more complicated as far their design and construction is concerned.

Machinery related to the wood industry especially the ones which are designed for panel processing or solid wood Industries demand a bit of a sturdier and compact design to counter various factors like cost, space, power consumption and labour involved to operate them.

Last but the least, it calls for a great amount of attention and importance that needs to be offered while designing these machinery to also counter the  main elements or rather the enemies of such machines which is heat and dust. The machinery are therefore fitted with more accessories to counter these factors which accommodate more expensive parts related to electrical and mechanical types.

These are also from reputed companies with branded parts which make the equipment all the more costly. This follows with the additional burden of buying the individual spare parts after the warranty period which is immensely expensive when procured from the Original Equipment Manufacturer (OEM).

A critical spare part or the spare parts which are frequently changed in a machine which runs continuously in a processing line needs to be maintained always as an inventory. Such parts are sometimes more important than lubrication in any machine.

Many a time, a factory running behind schedules is the one who has a poor management in maintaining inventories in spare parts. The time required to identify the failed part in the machine, information passed on to the maintenance department,   locate the right vendor, and negotiate the cost is often a huge process and an uncompromising waste of precious time and man-hours.

Due to these confusions, the company often depends upon local and unsuitable parts to compromise the time and production and have it fitted to keep the machinery running.

This leads to not only to an improper quality of the end product, but also to a chain reaction in failure of the system which not only multiplies the cost of repair, but also a great loss in production that would affect the company immensely.

Many more such sophisticated machinery like beam saws, compilers, stackers, too consist of various parts which are also subjected to frequent replacements depending upon the time on which they are utilised in a plant. Very big manufacturing companies often run their schedules on a minimum of at least two shifts per day.

Prospective buyers of sophisticated machinery need to discuss with the sellers about the parts which are subject to frequent failures due to wear and tear. This is however not the fault of the machine when it fails due to the wear of the parts.

However, the buyer can always demand for a list of such parts that must be supplied along with the machine to negotiate the failures in any case. These days, unprofessional salesmen often assure prospective buyers the moon prior to the sale and later ignore to the commitment made. So, it is one the most important points to choose a machine by contacting existing users and to learn about the feedback of the manufacturers and also to the response the manufacturer offers in case of a breakdown.

Meanwhile and in the absence of an efficient after sales services, the buyer should practice a simple method called the LEKUB.

LEKUB is efficient and a simple method that can be followed by any middle level to the higher level manufacturing companies. The process is explained hereunder.

- Locate and identify a capable vendor who can supply the parts which are of genuine quality and of reputed makes. Spares Parts must be exactly the same in terms of make, specifications, adaptability and fitment.

The prices of such parts sold by such vendors are often lesser when compared to the manufacturers who normally make a killing when it comes to such parts.

Also, the speed in response and deliveries of these critical parts are always faster when compared to the manufacturers for reasons which need not be explained. Nevertheless, it is very important to identify an efficient and reliable vendor as the first contact during a breakdown.

- Expect the crisis or the problems beforehand. This means, a production or the maintenance manager of any factory must anticipate a problem by constantly inspecting the machinery which is used regularly in the line.

Feedback must be obtained from the operators and charted out on the wall in the office. This needs to be observed only once by both the maintenance department and things will continue to follow due to the awareness which would already been studied.

The procurement department needs to be intimated to procure the parts and hence the chain is completed.

Periodic checks needs to be executed to see the stock position since wood working machineries consist of a huge number of parts within themselves.

A standard edgebanding machine or a CNC router normally consists of approximately 6000 parts or more. So you can very well imagine the intelligence required to identify the supplier, expect the crisis and maintain the critical parts.

- Update the inventory/Stock to the concerned floor manager.

The chief operator must be empowered with a responsibility to constantly watch the operation of the machines and to inspect the parts which are operating continuously from time to time.

In most plants, the chief operator sets the machine to a particular setting and allows a junior operator or sometimes called as a helper as a standby to facilitate the feeding of the materials.

This is a bad practice and needs to be addressed by the floor or the maintenance manager. The chief operator needs to be given additional responsibilities like the following:

1:Log the date and time of failure of a particular part

2: Log the date and time of replacement of that particular part.

3: Analyse the cause or nature of failure. Whether caused by human error, fatigue, quality or due to improper feeding or quality of the raw material during the time of failure.

4: Identify the supplier of the part to compare the difference in performance from the OEM supplier.

5: Report to maintenance manager for recording the data.

The above chart will indicate clearly the exact life of a critical part which is continuously running in the machine. This also provides valuable information of the vendor who supplies the parts when compared to the OEM Supplier. Hence, the life, cost and the difference in savings on the spare parts can easily be achieved straightaway.

- Brainstorm the above practices periodically for at least once in every six months with the operators and the maintenance personnel.

Brainstorming is putting like minds or heads together to conceptualise the habit of organising a system to achieve a smooth flow in the functioning of a set of machinery or a process line and thereby to achieving the maximum production with minimum down time.

The organisation not only achieves its target as far as the production and sales are concerned, but also increases profits due to savings in miscellaneous expenses caused in maintenance, break down and loss of valuable time.

These days, there are many software packages which can be availed or customised to the plant’s requirement. Huge OEMs have their own software to handle the spare parts and its management.

However, the cost of such software can be very expensive. But still, they are procured and installed in companies. Such is the value and demand for spare parts that the OEMs do not hesitate to spend on expensive software packages. In fact, most of the capital equipment manufacturers manage to pay their employees from the revenue earned from the spare parts alone.

While they strive hard to sell more spare parts, the users of such capital equipment must fight back by optimising the usage of such spares by practicing the simple LEKUB method.

All the above points mentioned above however do not apply for very small players since they cannot afford to withstand the additional expenses in maintaining an inventory of spare parts.

They often resort to firefighting techniques by repairing or replacing with alternate or equivalent types of lower quality brands available locally to keep the show running. This not only reduces the quality of the end product, but also reduces the re sale value of the machinery.

A simple approach to this problem can be resolved by smaller players by initiating the LEKUB method is a very small way, i.e. to maintain at least two most important and critical spare parts in their stock and expand later on depending upon their conveyance.

There is a famous quote which says “a stitch in time saves nine”. Likewise, “A critical spare part in hand, always saves capital and time”.

Rate this item
(0 votes)
Tweet
More in this category: « Woodworking Product Innovations Sustainable Development In The Era of Industry 4.0 »
back to top