The Rise Of The Dragon

The Rise Of The Dragon 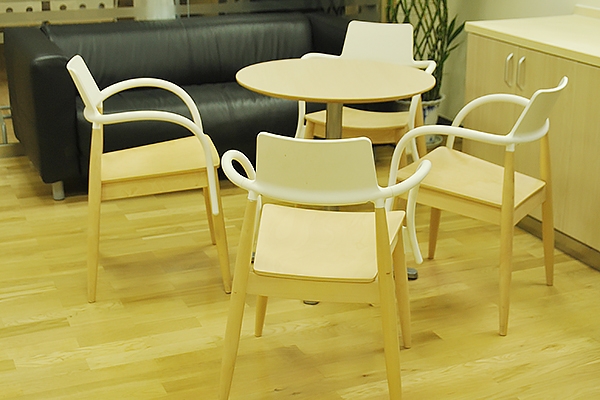 Despite birth control in China limiting population growth, the greatest global increase in consumer power is now in China, which is also the world’s number one market for wood. By Michael Buckley, World Hardwoods

It is not normally good to spend too much time looking back, but in 2008 we gave a presentation in San Francisco and it might be helpful to review that as a background now. We predicted, as far as the global timber trade is concerned, that all roads would now lead to China. Any map of Asia reminds how small Singapore is and even Vietnam with nearly a population of 90 million—by comparison with China!

When considering Asian economics there are some inescapable factors that dictate the economic performance and prospects in Asia, especially Southeast Asia:
•    Land and territories dictate the movement of goods and services
•    There is a highly complex mix of national, ethnic and cultural differences which always determine how business works and economies develop in Asia
•    Agricultural development is the key survival issue and this influences government policy and actions
•    Industrialisation, often seen as the need to add value, is in fact the driver of social stability by providing jobs and improved standards of living

Greater Affluence
The standard of living varies hugely from country to country, but with a few exceptions such as Myanmar and the Philippines, is moving forward very fast. So what has changed?

Take the South China Sea, for example, or rising labour rates.
•    Literacy—With the exception of Cambodia, India and Bangladesh, all Asian countries have literacy rates above 80 percent of population. China’s is 93 percent with Indonesia at 91 percent and Malaysia at 92 percent.
•    Countries with population under 15 years—Malaysia 32 percent, Vietnam 30 percent, Indonesia 28 percent, China 22 percent. In fact, 50 percent of Indonesians are under 30 years old.

From 1980 to 2004, Southeast Asia’s trade grew almost nine-fold in 24 years. What is most interesting is that trade within ASEAN by 2008 exceeded its total world trade in 1980. In fact, ASEAN’s trade with the EU alone equalled its total global trade in 1980. Since then, the rate has accelerated.

Turning to China, which we cannot avoid, we had all seen the new face—in the Olympics in Beijing. But it was the quieter confidence that we should have taken notice of:
•    China’s liquidity and reserves
•    The race for materials that China has been winning
•    Increasing trade within Asia
•    The growth of China’s domestic market
•    Political willpower to see policies through
and most importantly its growing hunger for raw materials.

In case all this seems just a regurgitation of what we all knew in 2008, here are a couple of reminders:
•    China’s industrial output in 2006 exceeded that of Italy, Canada and Russia put together.
•    China had a current trade balance of US$253 billion in 2007—against a trade deficit of US$845 billion in the US.

Impact Of Urbanisation
Some of these may surprise, but notice no mention of wood. Interestingly, China, in 2008, had 2.1 million military personnel compared to 1.5 million in the US.  Short of war or economic collapse, urbanisation is the greatest challenge for China today, and may be the real driver of growth.

In China, every one percent increase in urbanisation is estimated to create 13 million new population, which is equal to improvement in living standards for those. Therefore, the growth of consumer power projected in China dwarfs anywhere else in the developing world. This means homes needing doors, windows, flooring and furniture—even if they are built of non-wood materials.

These were just a few of the projections in 2008, now widely accepted under current Chinese government policy of urbanisation. But china has only 30 years of verified, exploitable lime and quarry reserves for concrete. Therefore, if we believe urbanisation as the most important future development, then what about the consumption of wood in China?

All statistics need to be regarded with some scepticism as there are conflicting sources. For example, what is China? (Does it includes Taiwan?) What is timber? (There are so many forms) How do you measure wood products? Suffice it to say that Chinese consumption is huge but import-dependent. Domestic markets are vast and growing—evidenced by numerous, hugely crowed, wood industry shows all over China all year.

Important Export Market
Wood processing infrastructure is changing. However, export markets for wood products may not be so secure. Plywood shipments to the US and EU have dropped significantly—and wood furniture shipped to Japan is now well down.

There are endless examples of the influence of China in global timber markets. Here are just a few:
•    In about five to seven years, Domotex Shanghai, one of the biggest flooring shows in China, has switched from about 80 percent export to 80 percent domestic market.
•    The price of rubberwood in Southeast Asia (Malaysia, Indonesia and Thailand) has risen sharply, partly caused by extensive Chinese buying.
•    All buyers of American Black Walnut around the world have to compete with an apparently insatiable appetite by China for logs and lumber.
•    This year, an informal survey of furniture manufacturers at half a dozen furniture shows in Southeast Asian revealed a very high percentage of them rely on China for sliced veneer supplies, of species from Europe, Asia, Africa, South and North America. Chinese log buyers are everywhere. Incidentally, many manufacturers know little about the source!
•    Asia has been the only high growth market for American hardwood exports since 2008, fuelled mainly by China. Even the exports to Canada include significant re-exported to China.
•    The Canadawood association office in UK has recently closed to allow Canadian funding to concentrate on the more important Chinese market.
And China’s suppliers are diverse, which allows Chinese buyers more leverage. So in conclusion:
•    China’s influence will be increasingly as a competitor for material
•    China’s wood product exports may have peaked
•    Domestic plantations are all important
•    China’s wood processing capacity will change
•    China’s increasing plantation resources produce mainly fast grown small diameter logs
•    Therefore demand for imported sawn lumber will continue strongly

In the final analysis, be in no doubt, that China’s influence on global markets is huge and very real, especially in solid wood for which it will remain import dependent. It affects trade flows, prices, environmental issues and it is likely to increase further.


Rate this item
(0 votes)
Tweet
More in this category: China’s Certification Commitment »
back to top