The Benefit Of National Grading Rules 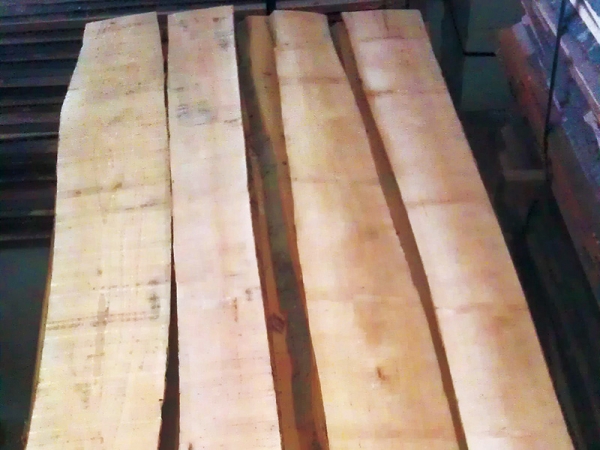 We are dealing with hardwood and softwood lumber sourced from all over the world and one of the problems we often face is the lack of national grading rules.

For example, European unedged Beech and Oak are commonly sold as ‘A’, ‘AB’, ‘B’ and ‘ABC’ grades. Unfortunately, these grades are not predefined and a ‘B’ grade from one supplier might be better that an ‘AB’ grade from another supplier.

Some countries do it right and have national grading rules and a fine example are the National Hardwood Lumber Association (NHLA) rules.

Basically, all North American hardwood lumber suppliers follow these NHLA grading rules and any quality issue is solved according these rules. The NHLA even has certified graders and inspectors safeguarding the grading rules which benefits suppliers and buyers alike.

What many don't know is that any lumber supplier in any part of the world is allowed using the NHLA grading system for their lumber and, if desired, sell such lumber in accordance with these grading rules.

A good example is the Uruguayan company ‘Urufor’ which produces and sells all their ‘Red Grandis’ lumber based on the NHLA rules. Another good example are the Nordic Grading rules for softwood lumber which are used by almost all sawmills in Scandinavia, Estonia, Latvia and some mills in Russia.

Unfortunately, Russia has a local grading system called ‘Gost’ which is different from the Nordic Grading and makes it hard comparing softwood lumber from different regions.

Eastern European countries like Croatia, Bosnia, Romania and the Ukraine have seen a very strong grow in the export of lumber in the last few years but none of them has decided implementing national grading rules. And they are not alone, other countries like Brazil and New Zealand export huge volumes of softwood lumber but none are using standard grading rules.

American Hardwood Export Council (AHEC) would never have been as successful as they are today if not for the NHLA Rules. It would have been a complete mess if all North American hardwood lumber exporters would have used their one grading rules.

Rate this item
(0 votes)
Tweet
More in this category: « A Regional Look At North American Hardwoods 25 Years Of Criteria & Indicators For Sustainable Forest Management »
back to top