Associations between Work Resources and Work Ability among Forestry Professionals 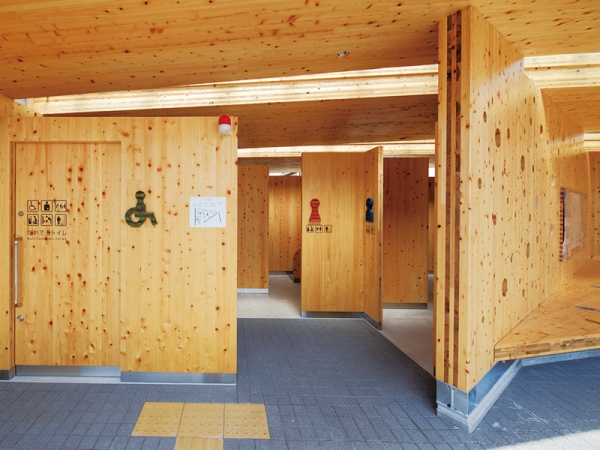 In response to a growing population worldwide, communities are imposing strict guidelines regarding energy usage, environmental sustainability, and land-use, especially in urban areas.

In particular, land-use consideration forces trends toward increased urban population densification and increased building heights. Industries are responding to the challenges and opportunities by developing suitable technologies for the renovation and construction of buildings, based on minimisation of lifecycle energy consumption and atmospheric carbon dioxide emissions.

In addition, wood-based products are widely regarded as carbon-neutral material choices, and their low density to mechanical property ratios make them highly suited for lightweight building superstructures. Employing lightweight superstructures can minimise construction costs for superstructures themselves and the foundations on which they rest.

They also can increase architectural and structural engineering options in, for example, the design of relatively tall buildings in earthquake-prone regions.

Initially, this was driven by a wish to liberate architectural and engineering capabilities from the straitjacket of prescriptive fire performance-related limits on maximum building heights and number of storeys.

Now, however, consideration also extends to building performance under a broad spectrum of safety and operational performance-related scenarios.

Transition away from sometimes hugely restrictive prescriptive limits on heights of building superstructures constructed from wood-products and other so-called combustible materials is arguably the greatest liberation of urban architecture since structural-steel framing products permitted construction of first-generation skyscrapers.

Modern mid-rise wood/timber construction typologies developed so far are strongly oriented towards use of the class of products known collectively as cross-laminated timber (CLT) as the sole primary superstructure material.

Choice of CLT has typically reflected that it is now a widely available relatively lightweight material having comparable strength and stiffness characteristics to similar dimension reinforced concrete beams and slab elements.

The trend in high-rise building typologies is to use CLT and other high-performance wood products in combining with reinforced concrete or structural steel to create superstructures.

Looking to the future, the likely trend is toward the creation of a broad range of ‘hybrid’ solutions distinctly different from ‘conventional’ (traditional) wood/timber construction methods.

For instance, the potential of hybrid systems employing wood products as a primary superstructure material has been demonstrated by construction of the Brock Commons Tall Wood Building in Canada.

That building is a student residence on the Vancouver campus of the University of British Columbia, with 18 storeys and a superstructure height of 53 m. It combines massive timber-frame systems with two reinforced concrete cores to satisfy seismic force resisting systems (SFRS) and other structural performance design objectives.

Developed in Europe, CLT was initially used in plate form to create both perimeter and internal walls and roofs, and elevated floors of low-rise residential and mercantile buildings, with element thicknesses selected to resist effects of vertical and horizontal design forces.

Preferred design solutions mostly resulted in box-like arrangements with individual CLT elements tied together at junctions and walls anchored to foundations or other supporting platforms.

Supporting research focused on characterisation of material and connections properties, as well as studying constructed systems.

The Italian SOFIE—Construction System Fiemme—Project carried out by the Trees and Timber Institute of the National Research Council of Italy was a landmark undertaking in the sense that it extended consideration of what could be constructed using CLT, including study of mid-rise residential buildings from structural and non-structural multi-performance-objective perspectives.

Since those pioneering efforts, researchers in other countries have helped expand the scope of investigations. Illustrative of this is work at the Canadian industry-led R&D institute FPInnovations where seismic performance of three-dimensional CLT structures was studied.

In aggregate, the confidence reached around one decade ago drove architects and engineers to design and construct various low- to mid-rise buildings in diverse locations, mostly, but not only, within Europe.

During the last decade, use of CLT has evolved considerably, expanding into the mid- to high-rise building sectors. For mid-rise buildings, interest has been devoted mostly to developing high structural systems allowing the creation of large open interior-spaces and giving flexibility in interior layouts.

Effects of seismic actions on superstructures constructed fully or partially from CLT have been central to structural R&D efforts because of the special performance demands on lateral force resisting systems (LFRS) that can be involved.

Crucial to performances of LFRS, whether they are intended to resist effects of wind, seismic or other design forces, are the connections which link CLT elements to one another or to other elements involved in the pathways by which effects of forces flow into building foundations.

Because increased building heights tend to magnify the flows of forces which connections must handle, part of necessary studies has been creation of new types of high capacity connections and connectors.

Especially for LFRS, which must act as SFRS, avoiding localised brittle failures in connections is important because such failure can cascade into system-level damage.

The focus of this paper is the seismic response of multi-story buildings braced with CLT core and perimeter shear walls assembled using high-capacity angle brackets and hold-downs, or X-Rad connectors.

Particular consideration is given to the influences that choices of connection types have on the fundamental periods, base shear and uplift forces on CLT shear walls, and inter-storey drift.

Under that approach, buildings are erected in a sequence where each added floor platform becomes the working surface for construction of the next storey, greatly facilitating assembly of the entire system.

LTFS shear walls are anchored to the foundation and elevated floor platforms by anchoring connections of types suited to demands of particular projects.

Owing to the proven reliability and practicality of LTFS superstructures, it is a natural extension of traditional wood construction methods to construct superstructures containing CLT shear walls according to the platform method.

Relatively high in-plane rigidity of CLT means that wall elements tend to rock and slide relative to their foundations or supporting elevated platforms, rather than tending to flex and slide as parts of LFRS.

Choice of connection methods for CLT platform systems need to accommodate rocking of wall elements and limit sliding. The most common types of CLT shear wall anchoring connections to date have been hold-down ties and angle brackets capable of resisting uplift and sliding forces, respectively.

Initially, when heights and number of storeys of superstructures were limited (circa four or fewer storeys), using anchoring as per LTFS often sufficed.

CLT anchoring connections are the primary elements within SFRS designed to dissipate energy during seismic events and therefore play a crucial role in limiting superstructure motions and preventing any localised damage propagating into system-level damage.

Initial research on performance of relatively simple anchoring connections was for evaluating their strength, stiffness and ductility characteristics, as well as creating a basis or simple equivalent static force engineering design practices suited to design of low-rise superstructures.

More recent attention has switched to the attainment of an in-depth understanding of mechanical behaviours of connections and creation of design methods explicitly addressing avoidance of brittle failures, consistent with the implementation of capacity-based design procedures.

CLT buildings equipped with X-Rad connectors have one connector installed at each corner of each CLT element.

This enables creation of SFRS that are highly prefabricated, and which, from a structural performance perspective, create unambiguous pathways by which forces flow through the entire system and into building foundations. This contrasts markedly with monolithic SFRS constructed from wood (e.g., LTFS) and various non-wood materials (e.g., reinforced concrete, masonry) which are typified by uncertainties in exactly how forces generated by various design-loading scenarios will flow and where potential vulnerabilities exist in SFRS.

At construction sites, CLT fitted with X-Rad connectors are attached to special steel plates anchored to foundations or other supports.

The six STS are installed at two angles of inclination to ensure forces flow reliably into CLT elements in a manner which will not cause brittle failure, irrespective of the instantaneous direction in which the resultant force flows through a bolt at any particular pin connection. The intent is that gaps between CLT elements be filled by insulation or other materials to ensure proper functioning of buildings in terms of their ability to meet other multi-performance design objectives (e.g., fire, acoustical, or thermal performance).

However, those materials and others elements/materials attached to CLT elements for architectural or engineering performance reasons must be of types that do not negate the intent of how forces will flow through SFRS if a design level event occurs.

A further intent is that any damage to buildings caused by earthquakes or other extreme events would be superficial and the response of the SFRS will have been, in essence, elastic.

The case study was conducted to demonstrate the influence of anchoring systems on dynamic responses and earthquake-induced force flows within buildings having CLT core and perimeter CLT shear walls. And the design solution was also made for SFRS.

Numerical modal analyses (MA) were performed for each SFRS to determine free-vibration mode shapes and frequencies, and then carried out for the ultimate and damage limiting states, to determine maximum force demands on the CLT anchoring connections and lateral displacements at each storey, respectively.

The results revealed that employing X-Rad or other types of high-capacity anchoring connections makes possible the creation of building superstructures having eight, and potentially more, storeys braced only by CLT shear walls, even in high seismicity regions.

However, it is important to emphasise that proper selection of suitable arrangements of shear walls for particular buildings depends on accurate representation of the semi-rigid behaviours of various anchoring connections during linear dynamic analyses within seismic design.

Numerical analyses presented here demonstrate the need during normal engineering design practices to avoid use of finite element or other design analyses which do not explicitly incorporate connection flexibilities while estimating parameters like fundamental natural periods, base shear and uplift forces, as well as inter-storey drift.

When designing SFRS of superstructures, a clear flow of seismic actions to the foundations needs to be found by defining a proper connection system for the CLT panels’ assembly.

If LFRS/SFRS have only conventional anchoring connections (e.g., hold-down ties and angle shear brackets), the definition of uncoupled resistant connection patterns between shear and tensile forces is desirable when designing because it ensures a beneficial redundancy of the building when overloaded provided by the actual biaxial bearing capacity of connections.

Use of innovative X-Rad connections, thanks to their biaxial capacity and related installation pattern at panels’ corners, allows reducing the number of devices needed.

However, supplementary tie-downs are necessary for stiffening and strengthening the building with respect to the rocking deformation and uplift forces, respectively.

Rate this item
(0 votes)
Tweet
More in this category: « Mass-Timber Cores For The UBC Tall Wood Building Socioeconomic Impacts Of Forest Fires Upon Forestry Sector »
back to top 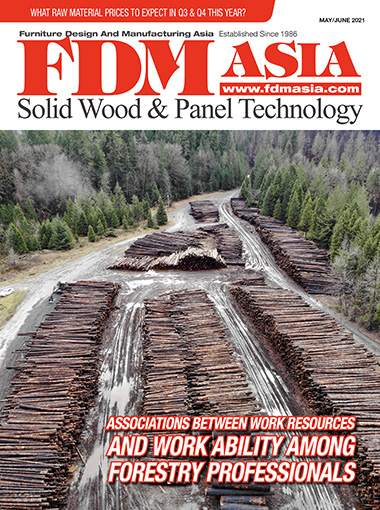